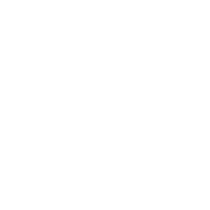 Seasonal changes as well as some exogenous shocks led to shifts in the narrative as we put a bow on the third quarter. However, the underlying uncertainty caused by high demand and limited supply remains.

In somewhat of a surprise move, we saw inventory levels increase in September with the Vehicle Availability Index reading 82.3, an increase of 4.7% from August. However, this was likely caused by both a cyclical decline in used sales in September as well as the petrol shortage at the end of the month, which could have caused consumers to delay purchases.

Posted by Kevin Roberts on September 8, 2021

There had been a hope that August could be a turning point in the ongoing chip shortage currently battering the global automotive industry; however, that hope came and went with the reality that a resolution in 2021 is not likely. In fact, the UK now looks to be experiencing a direct hit from the chip maelstrom that we’ve seen in other markets in recent months.

As vehicle availability continues to challenge both dealers and car-buyers, CarGurus is happy to introduce a new monthly report from our Director of Industry Insights & Analytics, Kevin Roberts. The UK Vehicle Availability Index & Insights report will deliver his in-depth research and outlook for the coming months.

While a recovery from COVID’s direct impact on the economy & industry is challenging, the addition of the global semiconductor shortage has created a further headwind. Though this lack of chips is directly affecting new vehicle availability, there is a trickle-down impact on used, which is increasing in size as the stock shortage lingers.